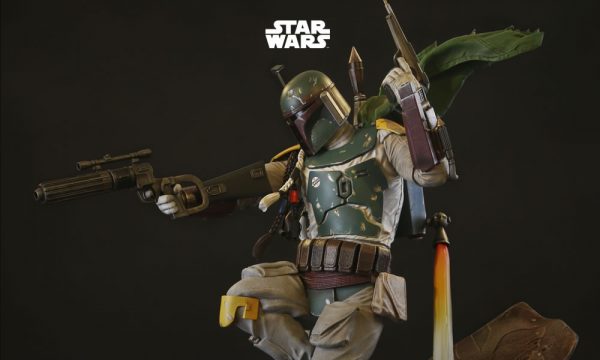 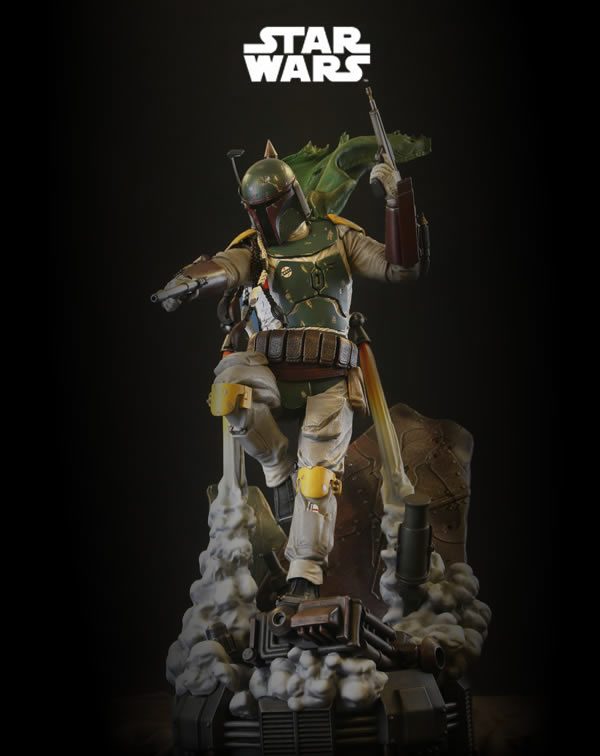 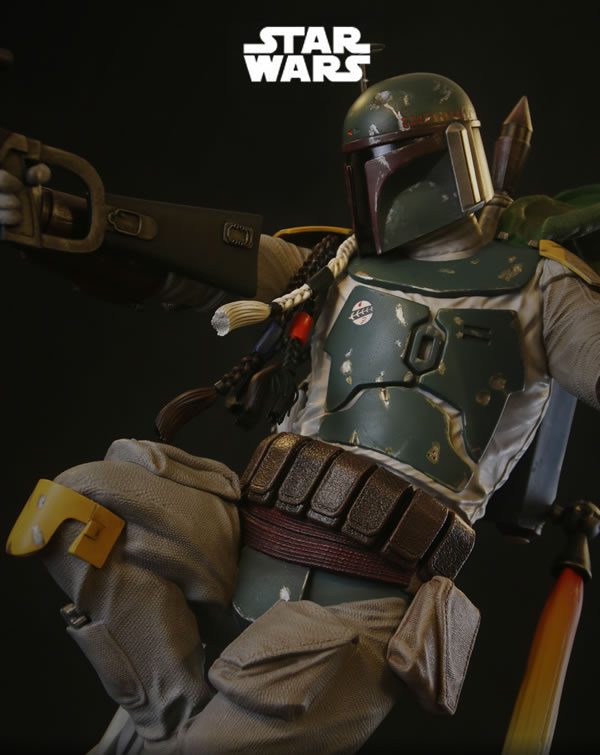 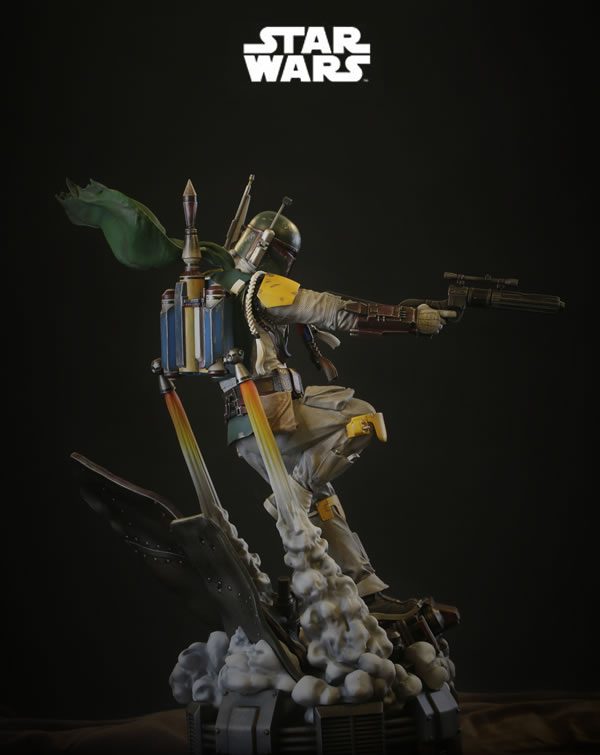 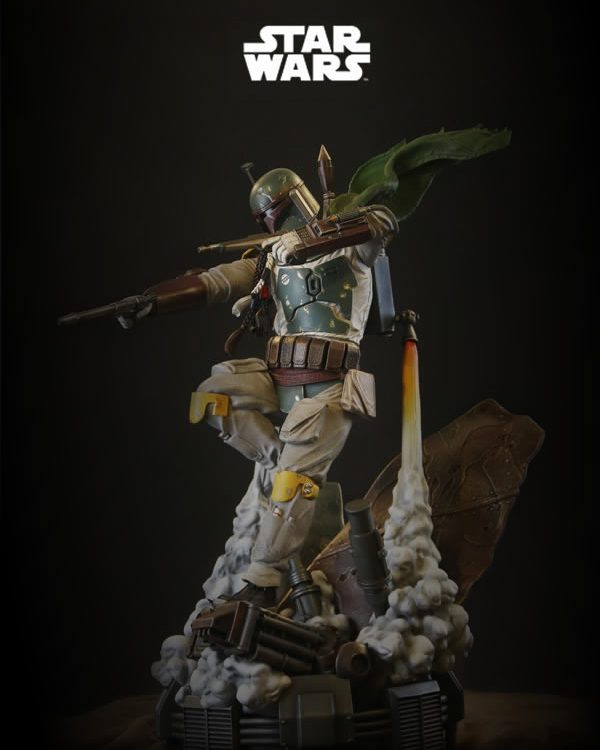 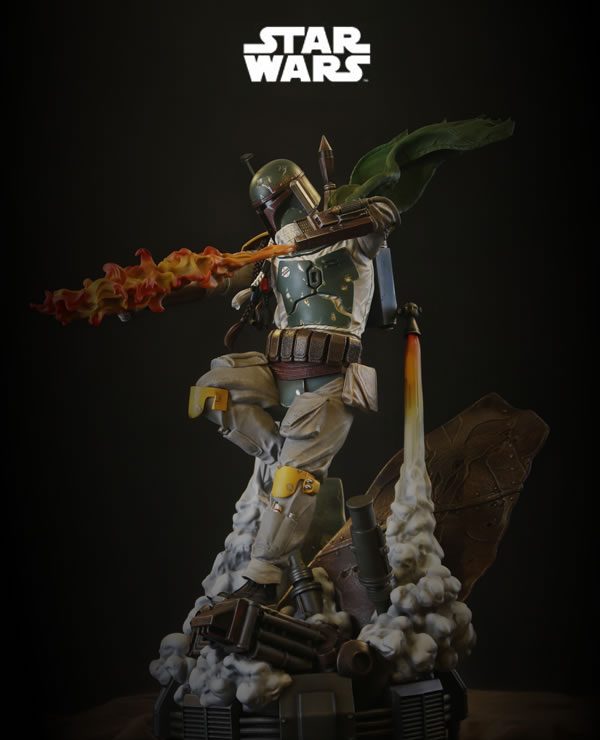 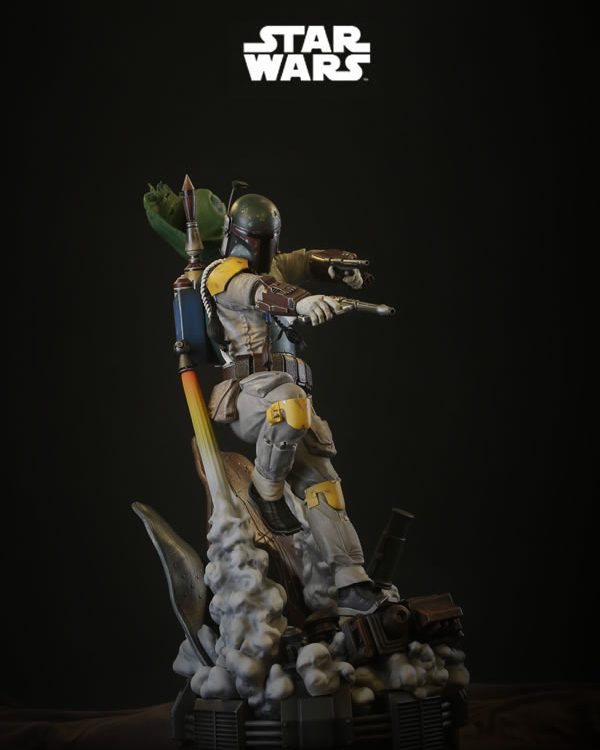 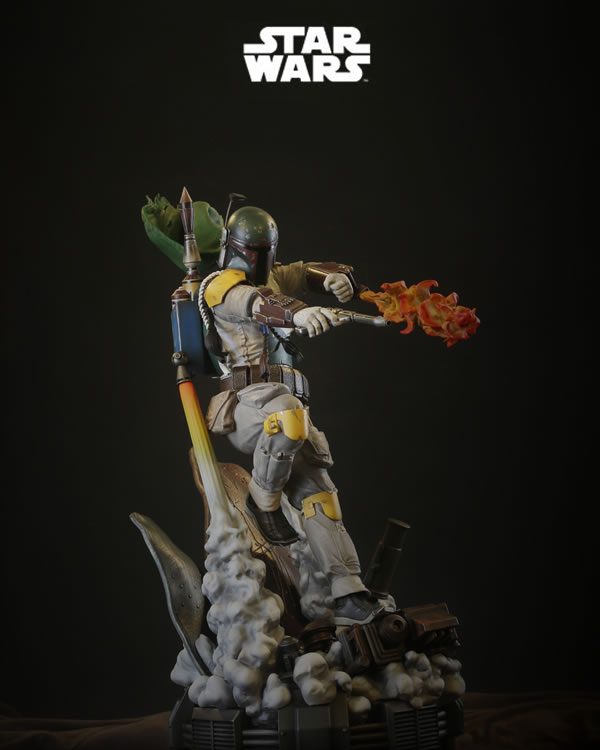 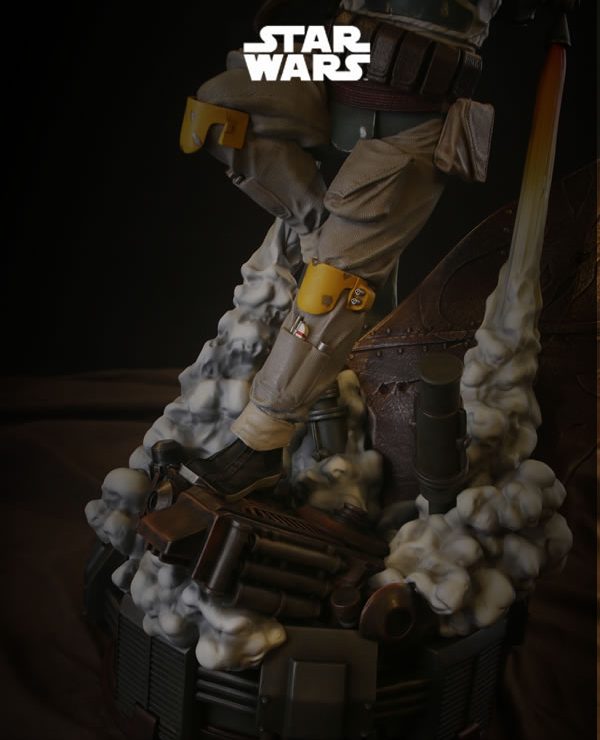 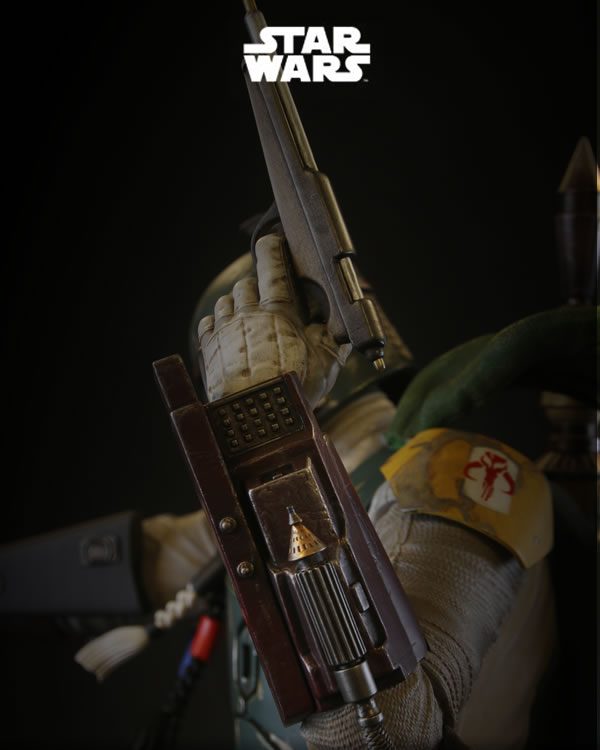 XM Studios is proud to present their Star Wars Premium Collectible Statue, Boba Fett! With a reputation as the galaxy’s deadliest bounty hunter, Boba Fett is brought to life in an incredibly detailed 1:4 scale cold-cast porcelain format. Each painstakingly handcrafted statue stands at approximately 64.5 cm tall and every piece individually hand-painted with the highest possible finish. Featuring a dynamic action pose utilizing his jetpack to engage his targets, the innovative display options also include access to his deadly arsenal of weapons; Pistol Blaster, Carbine rifle and Flame Thrower!

With his customized Mandalorian armor, deadly weaponry, and silent demeanor, Boba Fett was one of the most feared bounty hunters in the galaxy. A genetic clone of his “father,” bounty hunter Jango Fett, Boba learned combat and martial skills from a young age. Over the course of his career, which included contracts for the Empire and the criminal underworld, he became a legend.

There are no reviews yet.

Only logged in customers who have purchased this product may leave a review.

Go to top
Select the fields to be shown. Others will be hidden. Drag and drop to rearrange the order.
Compare
Wishlist 0
Open wishlist page Continue shopping