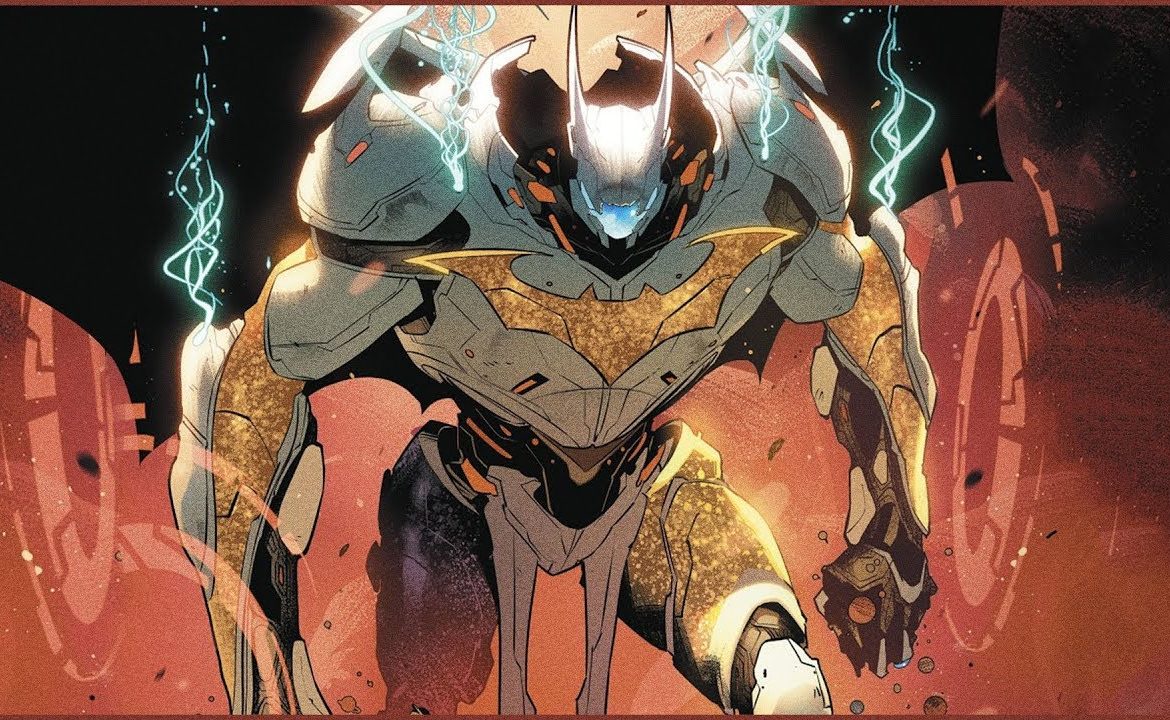 Batman has constantly updated and changed his costume over the years, but the overall design has remained fairly consistent. There’s a cape, cowl and utility belt, with the major differences coming from the length of the cowl ears, cape, shape of the Bat symbol, and color of the overall costume.

The infamous Hellbat armor Batman wore when he traveled to Apokolips to bring his son, Damian, back to life. As impressive as the Hellbat is, it doesn’t hold a candle to the Final Bat-Suit the World Forger presents to Batman.

The Final Bat-Suit contains the Son Box, a Mobius Chair like structure that Batman will eventually build using the Element X featured in Dark Nights: Metal. The suit allows Batman to not only read and determine people’s minds, but also rewrite them cell by cell.

The World Forger has a pretty good sales pitch to Batman, revealing to Bruce that he’s the greatest knight the universe has ever seen and the key component in tipping the balance to their favor with their upcoming war against Perpetua.

As things stand now, Justice League #25 has set up an epic confrontation between Batman’s Final Bat-Suit and the Justice League, proving the suit is his ultimate end all, be all suit.