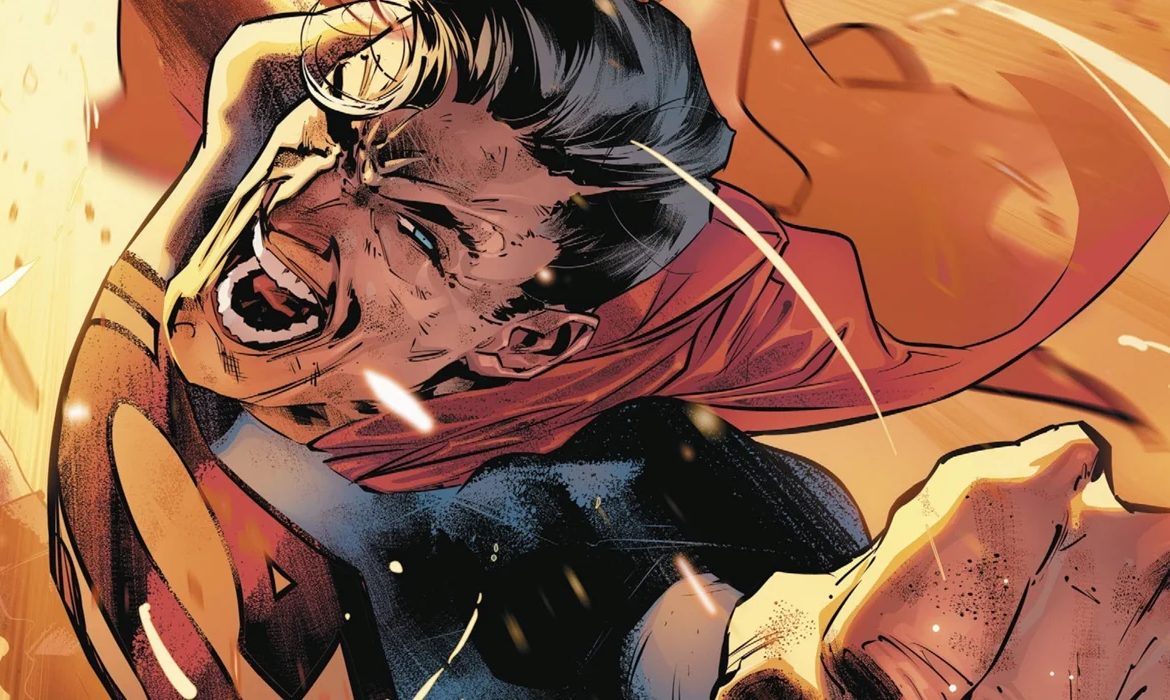 The Justice League’s journey to the Sixth Dimension comes to an epic conclusion in the over-sized Justice League #25, with the issue revealing the fate of a stranded Superman in a galaxy without sunlight designed to contain him, the League’s confrontation against their future counterparts and Batman’s new alliance with the World Forger.

According to the World Forger, Superman is the reason the heroes fail to stop Perpetua from turning the multiverse back to its intended Doom formation. The son of Perpetua has looked at every possible scenario and came to the conclusion that Batman, the Sun Knight, is their only hope. For his part, Batman does believe in what the World Forger is saying, which is why he moved all the suns orbiting Superman’s galaxy prison away from him.

Without sunlight to energize his cells, Superman’s body starts to wither away. The only thing he can cling to are memories growing up on the Smallville farm with his father, and raising young Jonathan Kent. Both memories center on the tradition of lighting a lantern, symbolizing what happens when the suns Batman moved came back into focus for the Man of Steel. This gives Superman enough motivation to fly ahead through each of the suns, letting their rays supercharge his cells.

While this is going on, Batman buys him some time by going toe-to-toe with the Justice League. He puts on a convincing performance as a traitor, but when the World Forger realizes Batman is stalling, he attempts to strike his Crisis Anvil to reshape reality as the imps have successfully unraveled Prime Earth. However, he’s met with an epic punch from a pissed off Man of Steel.

Superman literally knock’s out an all powerful being who creates universes and realities out of the forge and the one responsible for all the crisis events in the DC Multiverse with just one punch, proving that this is one of Superman’s most powerful moments.