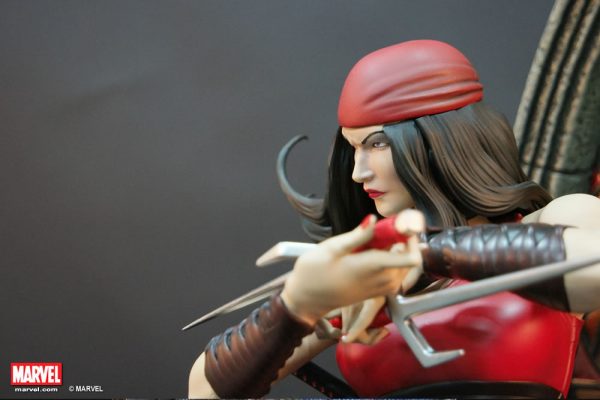 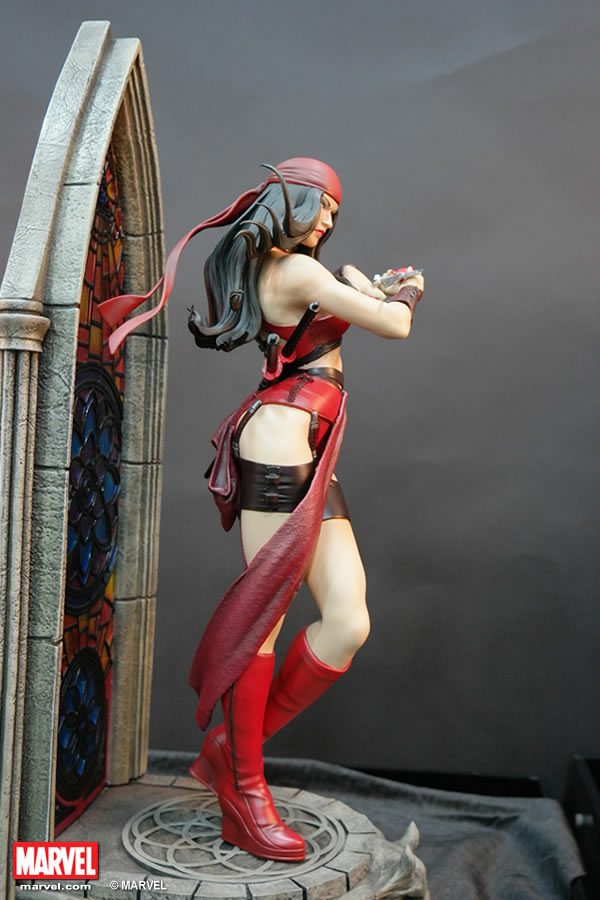 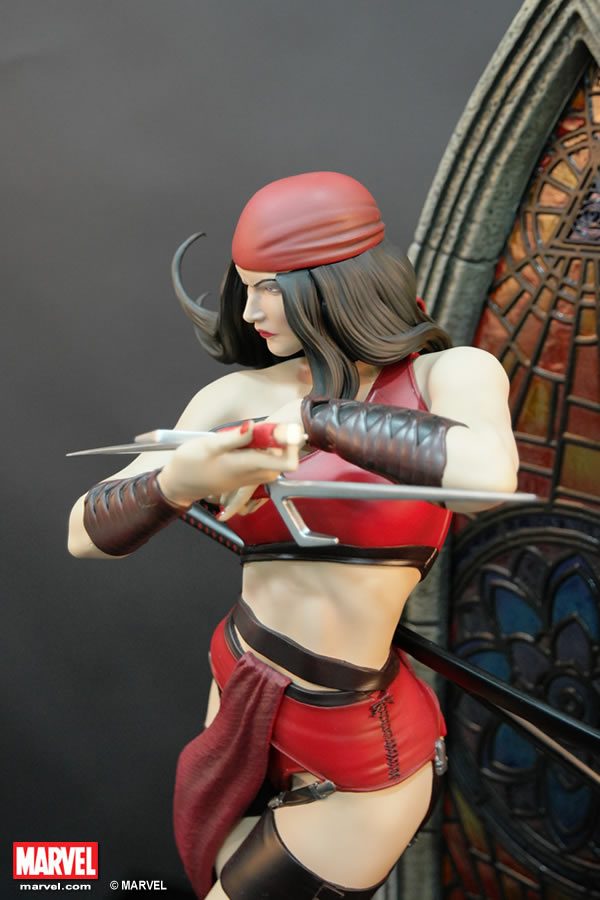 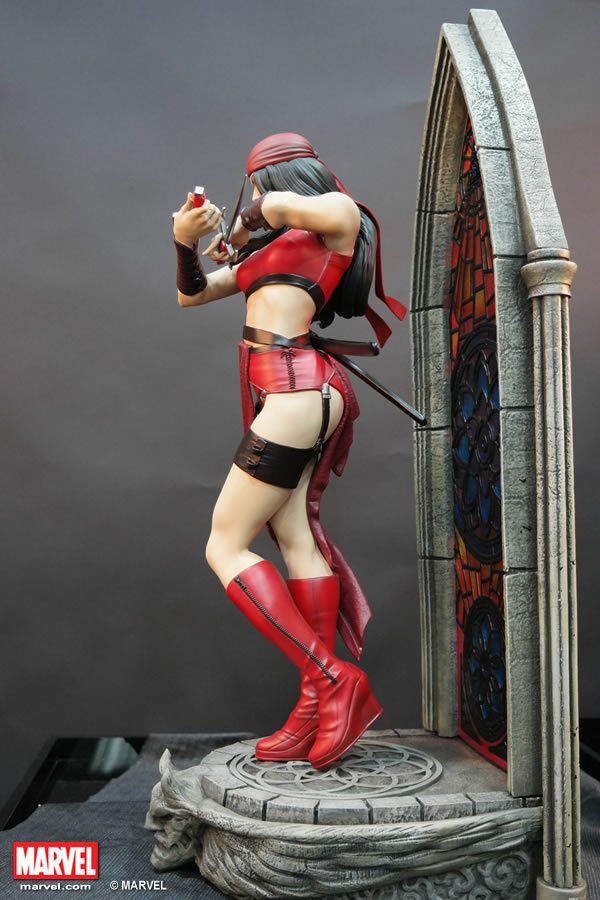 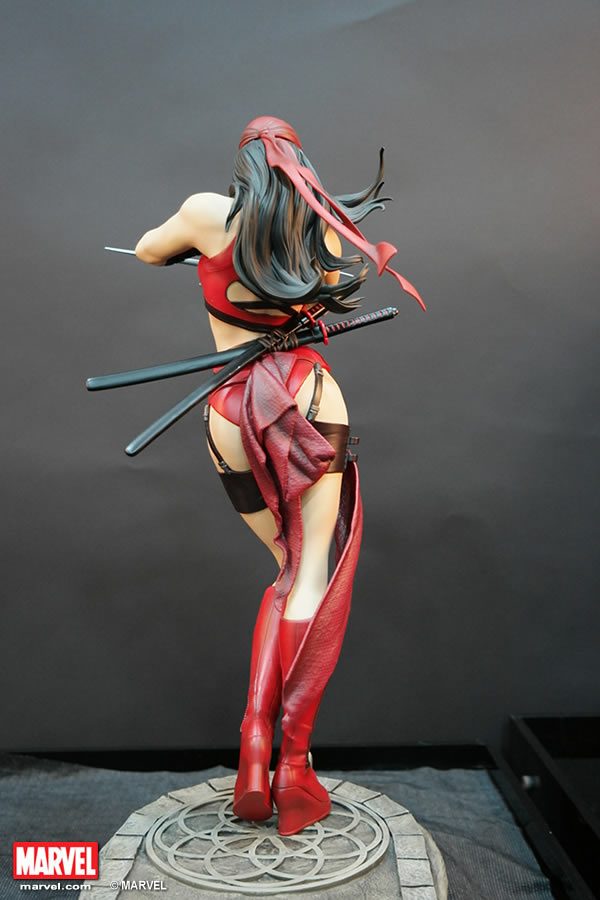 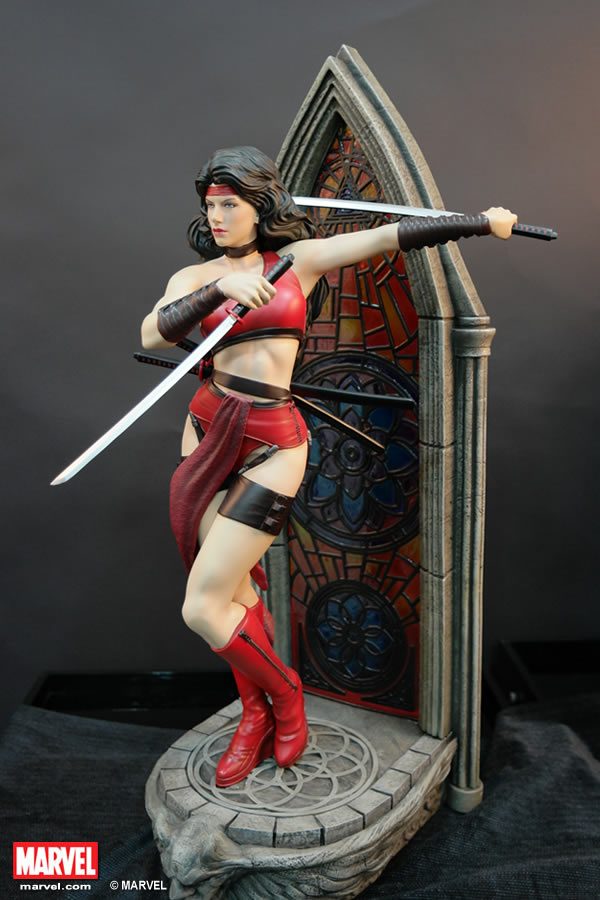 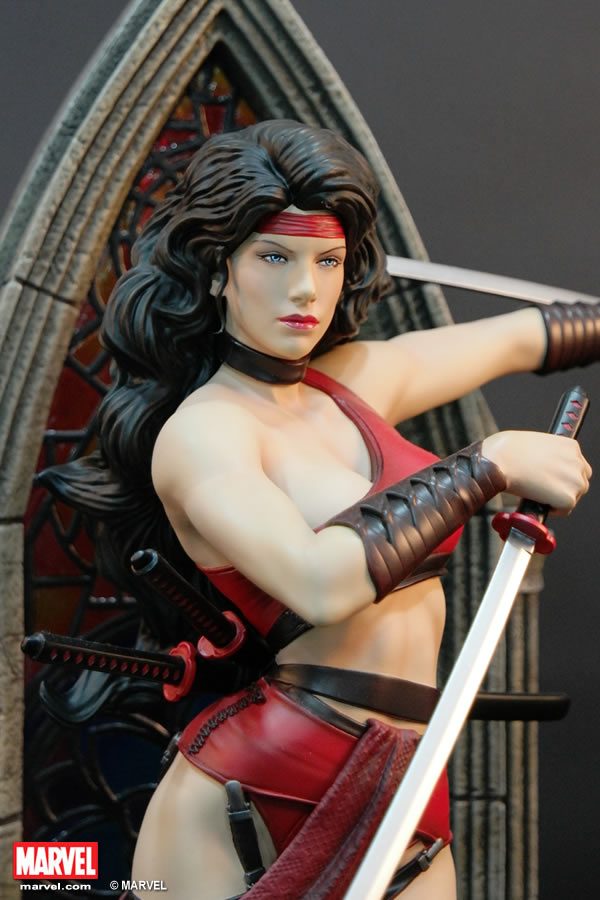 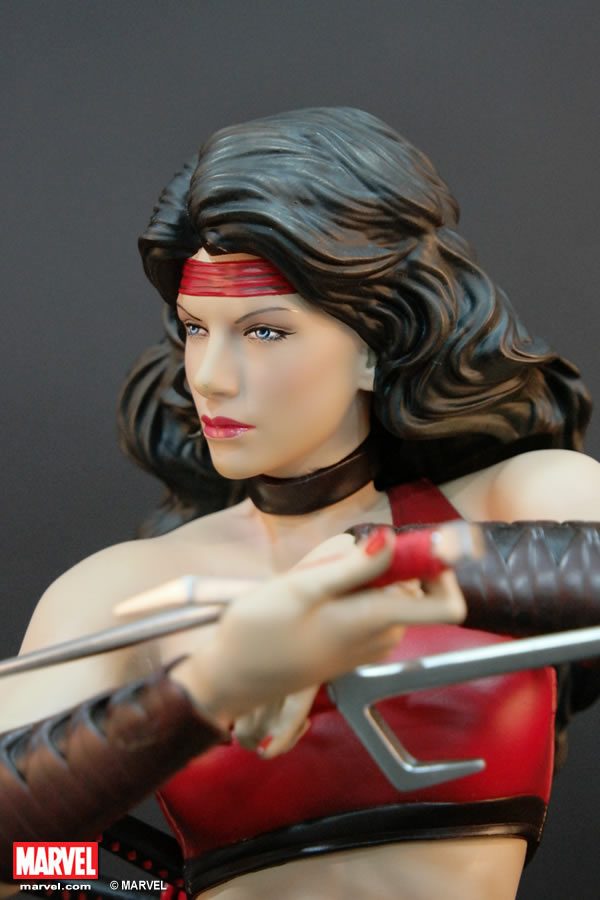 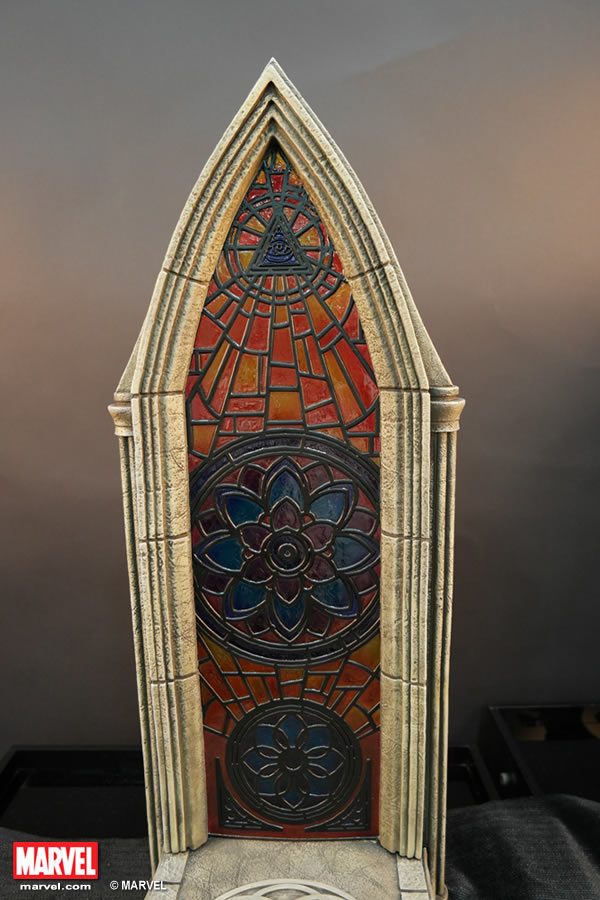 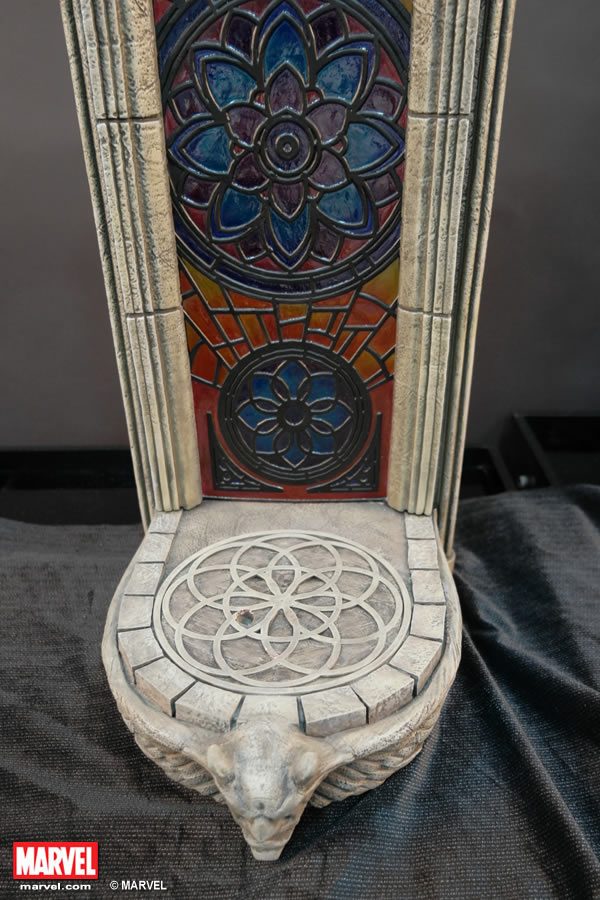 XM Studios is proud to present their Marvel Premium Collectibles statue series, Elektra! The highly trained Greek Assassin is immortalized in amazingly detailed 1:4 scale cold-cast porcelain. Each painstakingly handcrafted statue stands at approximately 63 cm tall and every piece individually hand-painted with the highest possible quality finish. The love interest of Daredevil, Elektra is depicted in a graceful pose wielding a pair of bladed sai as her trademark weapon, interchangeable to Katanas for alternate display purposes. Her intricate base is designed to go well with our Daredevil statue. Collect ‘em both!

Elektra Natchios, the daughter of a Greek ambassador, studied the martial arts as an adolescent. While in the US with her father, she began studies in political science at New York’s Columbia University. There she met another student, Matthew Murdock, who would later become Daredevil. Murdock revealed to her that he had superhuman senses that compensated for his blindness, and they fell in love. A year later, Elektra and her father were held hostage by terrorists in a building on campus. Wearing a scarf as a mask, Murdock with Elektra’s help defeated the terrorists. However, a policeman mistook Elektra’s father for one of the terrorists and shot him dead. Emotionally shattered, Elektra decided she no longer believed in the law and wanted to withdraw from the world.

There are no reviews yet.

Only logged in customers who have purchased this product may leave a review.